We could all do with a little bit of cheer this year and therefore, following the amazing success of the 2018 and 2019 Father Christmas coins, The Pobjoy Mint is proud to present a new design for this year featuring Father ChristmasTM, the character derived from a British Children’s book written and illustrated by Raymond […]

Pobjoy Mint is delighted to announce the third tall ship of the year, a series that has become incredibly popular coins amongst collectors. The new 50 pence coin features the Cutty Sark on behalf of British Indian Ocean Territory. The new coin commemorates the 50th Anniversary of the first voyage of the Cutty Sark, which […] 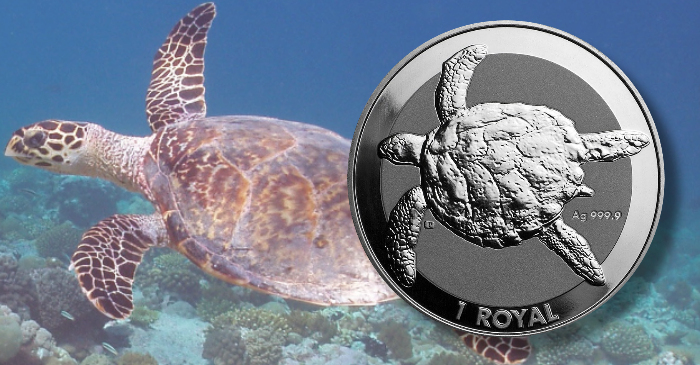 The government and treasury of the British Indian Ocean Territory have released their first-ever bullion-related silver coins to the market and collectors. Chosen for the reverse design is one of the territory’s most well-known sea inhabitants, the turtle

The government and treasury of the British Indian Ocean Territory have released their first-ever bullion-related silver coins to the market and collectors. Chosen for the reverse design is one of the territory’s most well-known sea inhabitants, the turtle

Complete the Series with the Fifth and Final Coin in the 50p Turtles Series featuring the Olive Ridley Diamond Finish commemorative coins available with die mark Low issue limit of 3,750 Pobjoy Mint is delighted to announce the final release in the stunning Turtles 50p series on behalf of the British Indian Ocean Territory. The […]

Penultimate Coin in the 50p Turtles Series Featuring the Loggerhead   Pobjoy Mint is delighted to announce the penultimate coin release in the stunning Turtles 50p series on behalf of the British Indian Ocean Territory. The fourth coin in the series of five coins features the loggerhead turtle. The loggerhead sea turtle is named after […]

Pobjoy Mint is delighted to announce the third coin release in the stunning Turtles 50p series on behalf of British Indian Ocean Territory. The third coin in the series of five coins features the leatherback turtle. Sea turtles have an amazing ability to navigate back to the area where they were born. Although these reptiles […]

To celebrate the 150th Anniversary of Cutty Sark being built, Pobjoy Mint is pleased to announce the new release on the behalf of the British Indian Ocean Territory. Cutty Sark is a British Clipper ship that was built on the River Clyde in 1869. She was one of the last tea clippers to be built […]

To commemorate the 80th Anniversary of the start of the Second World War, Pobjoy Mint is pleased to announce a new three-coin set on the behalf of British Indian Ocean Territory. In 1942 the British opened RAF Station Diego Garcia and established an advanced flying boat unit at the East Point Plantation. East Point is […]

The government and treasury of the British Indian Ocean Territory have issued (22nd March) new double crown silver Proof coins which feature a particular topic that has become popular with television and movie-going audiences: The dragon.
The popularity of dragons has increased dramatically over recent years, with appearances in books, songs, and movies such as Harry Potter, The Hobbit, Game of Thrones, and the popular children’s film How to Train Your Dragon

2oz Fine Silver Coin Produced in High Relief Limited to 650 Coins Worldwide Classical and mythical images have been a core subject to appear on coins for many years. From earliest times, each English Monarch has used beasts to symbolize their descent and familial allegiances. Henry VIII had beasts carved to celebrate his marriage to […]

The Red-footed Booby is a large seabird which, as its name suggests, has red feet. Found extensively in tropical areas, it is particularly apt that this magnificent bird features on the new Titanium issue released on behalf of the British Indian Ocean Territory. This particular bird is the smallest member of the booby family at […] 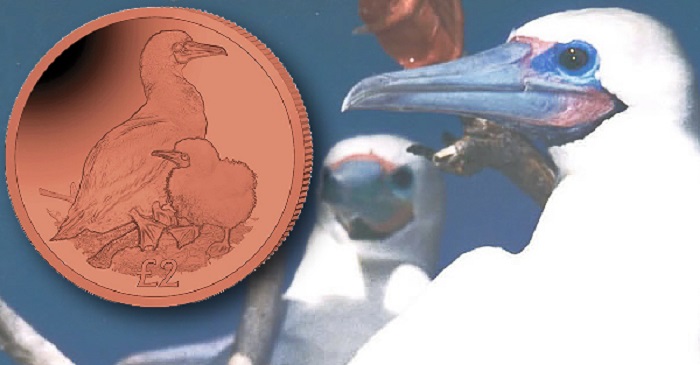 The government and treasury of the British Indian Ocean Territory have issued (20th February) new crown coins which feature a rather distinctive feathery resident on the island, the red-footed booby. As their name suggests, they do indeed have red feet (that is to say, all adults), but the colour of their plumage varies

Famous Mythical Creatures From British Indian Ocean Territory First coin to be released of a stunning five-coin set Featuring a beautiful HIGH RELIEF image of The Siren Available in Proof 2oz Fine Silver Antique Finished to bring the characters to life Only 650 coins worldwide Further releases to follow featuring the Hydra, the Minotaur, the […]

The post Pirate’s Booty: The Siren and Her Song on New High Relief Antiqued Silver Coin appeared first on CoinWeek.

The government and treasury of the British Indian Ocean Territory have issued (3rd April) new silver double crown coins which imaginatively captures one of the world’s most alluring mythical creatures — the siren — which graces the reverse side of this new coin.
The famous mythological stories, tales, and legends were designed over the generations to entertain, thrill, and inspire the listeners

Available in Proof 1/25oz Fine 999. Gold Featuring a striking image of a Lion & Unicorn Limited to 750 Gold and 2,000 Silver coins worldwide Exclusive Pobjoy Portrait of HM Queen Elizabeth II The Coin This striking reverse features the Lion and the Unicorn, which signify the United Kingdom and the Royal Family. As Prince […]

The post Sapphire Coronation from the Pobjoy Mint – The Lion & Unicorn appeared first on CoinWeek.

The government and treasury of the British Indian Ocean Territory (BIOT) have issued (16th January) a new crown coin produced in both titanium and cupro-nickel which features the manta ray — an incredibly majestic creature known for its immense size and graceful nature.
Manta rays are found adjacent to tropical regions in warm or temperate waters and are large rays with triangular pectoral fins, horn-shaped cephalic fins, and gaping forward-facing mouths

Two new Titanium coins produced by The Pobjoy Mint and released on behalf of the British Indian Ocean Territory Featuring the Magnificent Manta Ray in dark blue Titanium Limited to 7,500 coins worldwide Exclusive Pobjoy Portrait of HM Queen Elizabeth II The Coin Manta Rays are incredibly majestic creatures of the blue and as a […]

2017 Royal Cypher – Queen’s Sapphire Jubilee Celebrating the first ever Sapphire Jubilee of a British Monarch Beautiful Cypher of HM Queen Elizabeth II design 1,952 Issue Limit to reflect the year of accession Produced in Britain by Pobjoy Mint manufacturer of luxurious coins The Coin The design on the coin features the Royal Cypher […]

Pobjoy Mint introduces coins from Falkland Islands, British Virgin Islands and more Her Royal Majesty Queen Elizabeth II and HRH Prince Philip have had an astonishing life together and have dedicated their lives to the duty of monarchy. The couple first met at the Royal Naval College in Dartmouth in 1939 when the Queen was […]