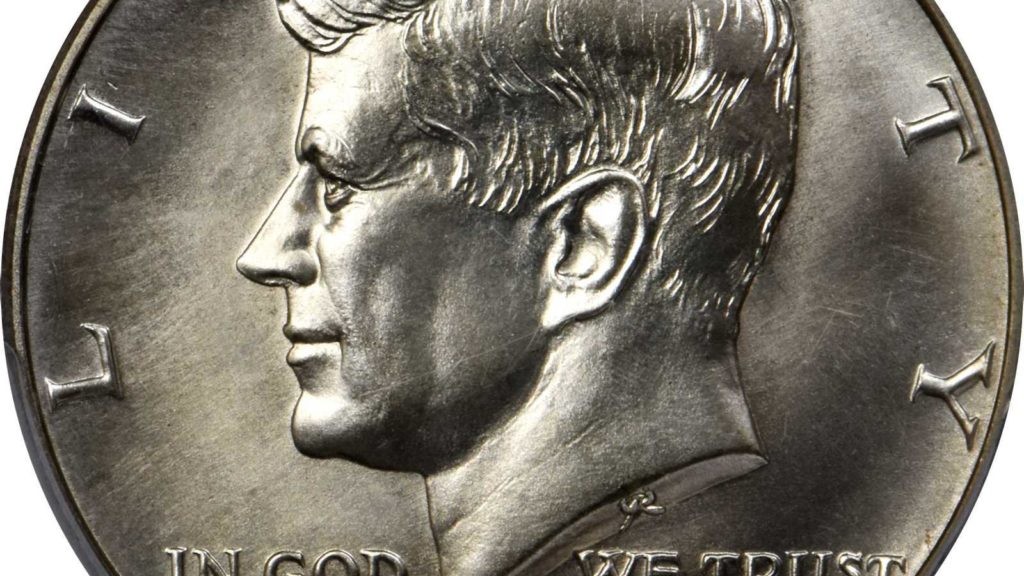 The following is released on behalf of Stack’s Bowers Galleries
Santa Ana, CA – The Stack’s Bowers Galleries official auction of the 2019 ANA World’s Fair of Money set several records for United States coinage earlier this month in Rosemont, Illinois. Among these was lot 5231 of their Rarities Night session, a 1964 Kennedy half dollar produced as part of an unreported Special Mint Set (SMS) and certified SP-68 by PCGS. After intense bidding, it sold for an astounding $156,000, setting a new record for the most valuable non-error modern United States coin ever sold at auction 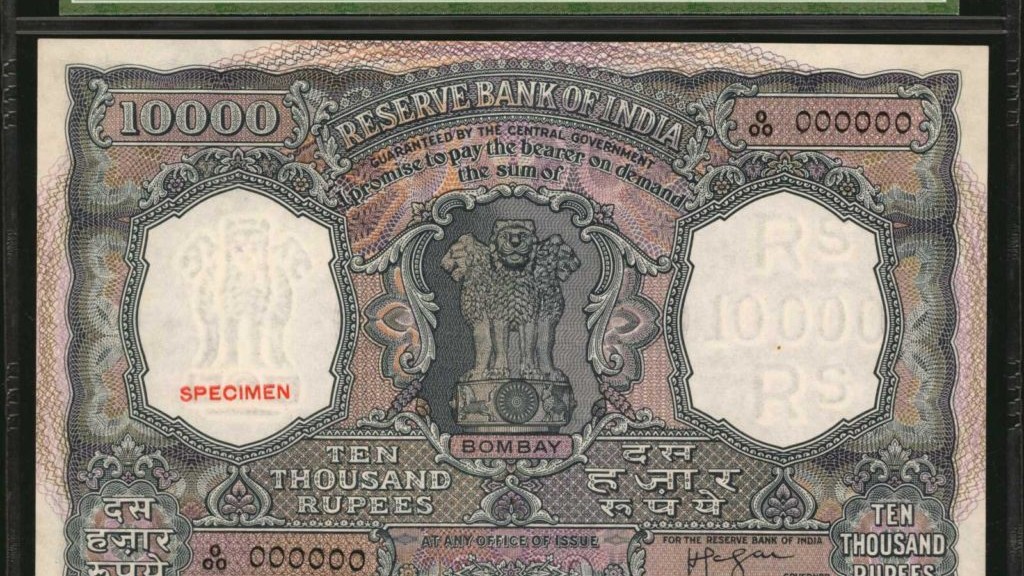 With the ANA World’s Fair of Money next month, consignments are pouring in and collectors are getting their wallets ready. Stack’s Bowers is no exception to this. For the World Paper Money session, they have dug into their treasure trove and pulled out some of the best 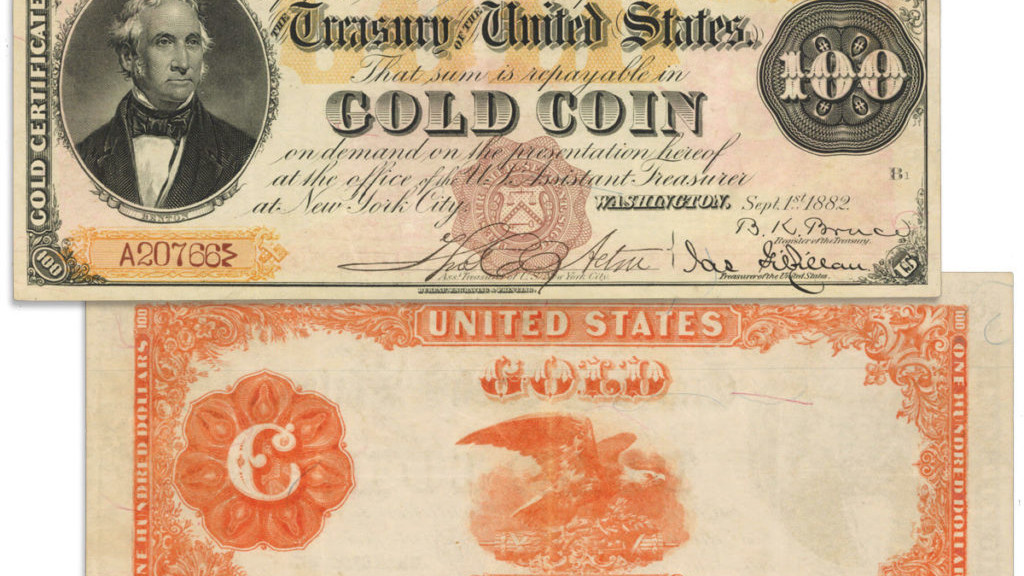 An incredible Gold Certificate rarity, a “Triple Signature” 1882 Gold Certificate is one of just three pieces extant and the only such note remaining in private hands. The face of this note has the portrait of Missouri Senator Thomas Hart Benton (nicknamed “Old Bullion”) to the left and the denomination in two conjoined rosettes at right. Gold overprints include “GOLD” at the top center and backgrounds to the serial numbers 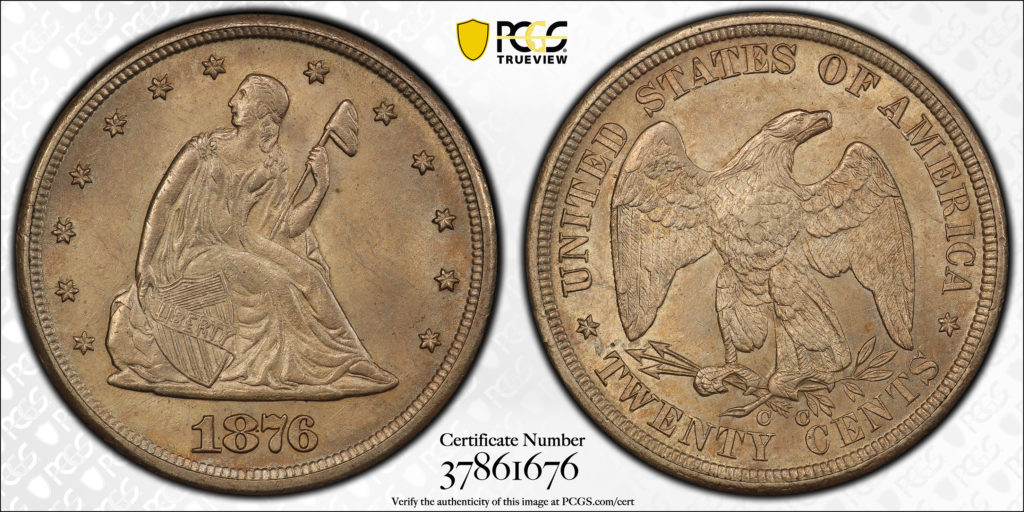 For a long time the 1876-CC twenty-cent piece has been recognized as one of the most famous and most desired of all American coins, and the offering of an example attracts great attention in the numismatic community. Not only is it a great rarity with fewer than 20 pieces believed to exist, but it also possesses the added romance that accompanies coins from the historic and short-lived Carson City Mint.
Stack’s Bowers Galleries is pleased to announce that it will be offering a PCGS-graded Gem MS-65 1876-CC twenty-cent piece in the Rarities Night session of the firm’s Official Auction at the ANA World’s Fair of Money 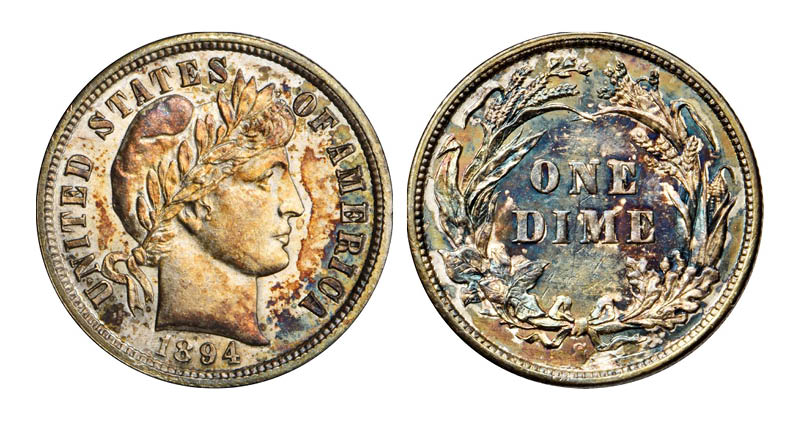 Of all great American coin rarities, the 1894-S dime stands high in the front rank. The appearance of one in the marketplace is always a cause for excitement. Over a long period of years Stack’s Bowers Galleries has offered several, always to excitement and acclaim 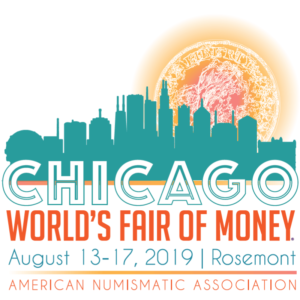 Member events and fun gatherings complement the American Numismatic Association’s educational programs at the Chicago World’s Fair of Money, Aug. 13-17, and are the perfect opportunity to socialize and network with fellow hobbyists. ANA members are encouraged to pre-register for the convention to receive admission badges in advance 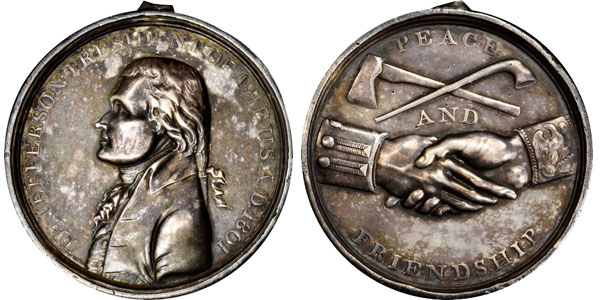 Stack’s Bowers Galleries will be featuring a large collection of Indian Peace Medals at the August ANA World’s Fair of Money this August.
No one is quite sure when the practice started, but the giving of medals of a token of peace to Native American chiefs was a habit of assorted European Powers from at least the 18th century.  It seems politicians in Washington, D