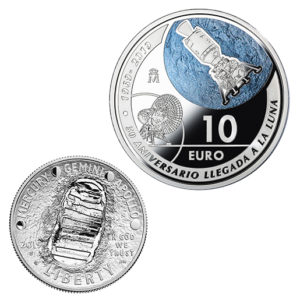 The U.S. half dollar coin in the lower left depicts the iconic first step on the Moon’s surface with the inscription MERCURY GEMINI APOLLO 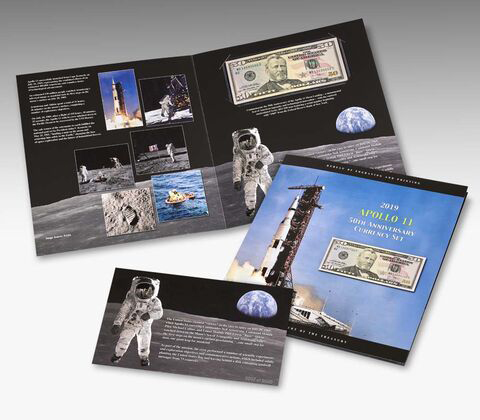 The Bureau of Engraving and Printing (BEP) has announced a new 2019 Apollo 11 50th Anniversary Currency Set to commemorate the moon landing.  The set features a Series 2013 $50 note with a serial number beginning with “1969” and an engraved representation of the famous “Buzz Aldrin on the Moon” photograph taken July 20, 1969. The reflection in Aldrin’s visor—which includes Neil Armstrong, the United States flag, and the lunar lander—is embossed 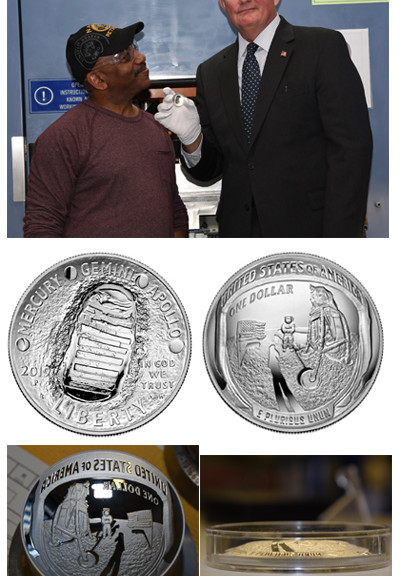 At top, David J. Ryder holds up a new Apollo II commemorative after striking it. Below that in the center row are the obverse and reverse designs for the silver dollar

With a significant anniversary coming up, it is not surprising that everybody wants to get in on the act.
The anniversary is the 50th anniversary of the Apollo 11 moon landing.
The new entrant commemorating this historical milestone is the Bureau of Engraving and Printing